How you ever experienced an Earthquake? But how does it compare to the biggest earthquakes of all time? And is an earthquake the same as a tremor?

Although we use the terms interchangeably, technically, a tremor is the movement of the earth’s surface due to extra stress on underground rocks. Often we use the term for more minor rumblings.

An earthquake is the shaking of the earth caused by the release of energy in the form of seismic waves due to fracture propagation along a fault plane. Essentially, tectonic plates are slipping against each other and releasing the stored up energy.

In 2011 a huge earthquake struck the coast off Japan, measuring a whopping 8.9 on the Richter scale. Later it was reaccessed and upgraded to an even more devastating 9.1. The 6-minute long quake unleashed a 40-metre high Tsunami, travelling at 700km/h and reaching 10km inland. Tragically, more recent figures in 2021 have put the death toll up to 20,000 and an estimated cost of $US 235 billion. Although this was the worst to hit Japan in recorded history, unbelievably, this was only the fourth worse since 1900. So what are the top 3.

On 22 May, 1960, the worst earthquake struck, by sheer force, measuring at 9.5. As it is known, the Great Chilean earthquake tragically displaced 2 million people, and the ensuing destruction killed at least 1655 innocent victims. The actual figures are unknown and might be as high as 6000. The earthquake caused a split and “Rupture Zone”, the length of 1000km. A tsunami born from the quake caused damage as far away as New Zealand, Japan, and the Philippines. Waves as high as 10 metres hit the shores of Hawaii, and adding to the damage Mt Puyehue erupted a few days later. For weeks ash descended upon the surrounding area and rose up to 6 km into the air. The actual cost of damages is still uncertain but believed to up around $US7 Billion adjusted for inflation. 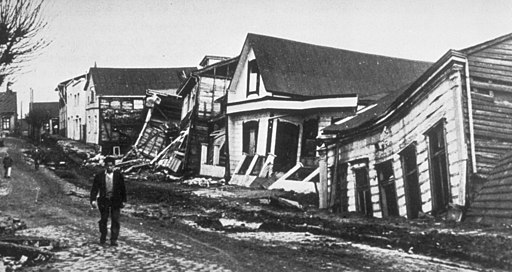 Lasting four and a half minutes on 28 March 1964, Alaska and, in particular, Anchorage was rocked by an earthquake at 9.2 magnitude. 128 people lost their lives, and the quake was felt far away in Canada as well. The earthquake caused landslides, tsunamis, and a similar rupture zone to the Great Chilean Earthquake, at nearly 1000km long, releasing 500 years of built-up energy. Some areas more than 300km away near Kodiak were raised almost 10 metres.

On boxing day 2004, a horrendous date in modern history, saw a 9.1 earthquake strike off the coast of Sumatra, Indonesia. The ensuing 30-metre tsunami was one the most infamous natural disasters in recorded memory. More than 220,000 people were killed and almost 2 million displaced in more than a dozen countries. The sheer magnitude triggered more earthquakes as far away as Alaska and the eruption of a mud volcano in the Andamar Islands. The humanitarian crisis that followed is considered one of the worst in history—efforts to raise money totalled around $US14 billion in the months that followed the tragedy.