This “Realistic Women Body” Trend In Fiction Is Kind Of Hypocritical & Ironically Toxic! »

As a woman, I’m pretty much annoyed by the unrealistic idealization of a “realistic” woman’s body in fiction. It has always disgusted me, and it continues to do so. I’m talking about the current trend of “realistic” speculative fiction.

A new trend has surfaced in recent years, where women are portrayed in fiction books and movies in a way that is extremely unrealistic and unhealthy.

If you’ve ever been near a comic book, manga, anime, or anything else fictional, you’ve probably seen an unusual trend of individuals attempting to “fix” fictitious designs that feature healthy, fit women into what they term “realistic women body types”! See, the act itself contradicts their notion of body positivity and, in reality, shames any woman who chooses to exercise and take care of herself. They seem to be attempting to make these ladies feel guilty about their physique and good habits.

This has been going on for quite some time. Women in the media are increasingly losing their feminine proportion in favor of, well, other body types. Overweight body types, masculine body types, and ambiguous body types are all examples of body types. They all have tiny to non-existent boobs and, on sometimes, a strong jawline. After everything is said and done, there is nothing wrong with any of these body types. These ladies are real. I’m sure there are ladies out there with similar characteristics who would want to see them reflected. My issue with the term “realistic women body types” is that it suggests that the other body types, such as hourglass figures, fit bodies, and often bigger breasts, aren’t genuine or, dare I say, “perfect.” 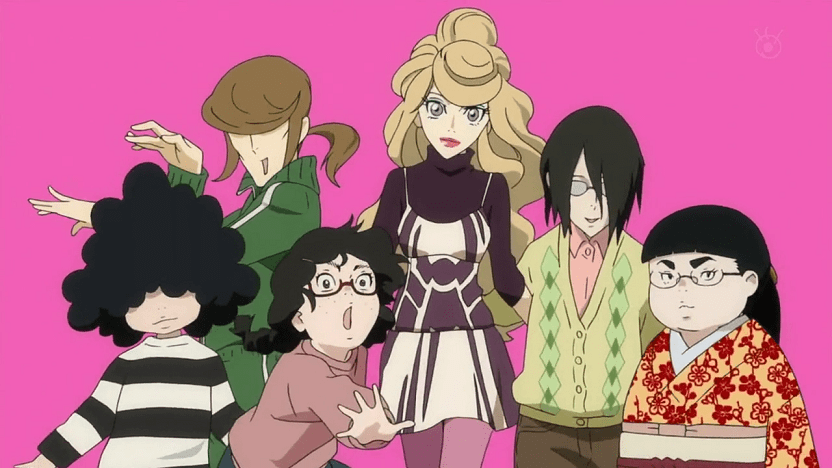 Fit, healthy, feminine in proportion, and perhaps with a bigger pair of boobs are suddenly unattainable (not counting people who have gone under the knife). In some ways, it’s humiliating women who are either fortunate or take care of themselves. I’m just bringing this up because Twitter is praising Kevin Smith’s Masters of the Universe: Revelation for having more “realistic” female body types. However, rotoscoping of real female athletes was utilized in the original Filmation series. Clearly, there is a plan to humiliate biologically correct women for their bodies.

In my view, the term “realistic” is rather loaded and has a potentially poisonous connotation. So, if someone draws Aqua from Konosuba, does it imply her physique is suddenly “unrealistic” since she isn’t obese or unusually buff? The problem is, within the bounds of logic and reasoning, both are realistic body types! Yes, there are obese women (and there are a lot more of them these days in the West) and there are fit women. Both can coexist if they are handled properly rather than attempting to make one the norm. Although, in my opinion, we should all strive to remain healthy at the very least.

To put it another way, women in some areas of Asia and Africa are generally in excellent condition (for better or worse), and they are not as overweight as their western counterparts. Does this imply that Asian and African women do not have realistic body types in their own continents? What was supposed to be a campaign to include women of various body types has turned into a method to shame people into not painting ladies who are more feminine and sophisticated. It’s poisonous in its own way, strangely.

Have you seen the male body types? It’s ridiculous, but we don’t complain for the most part. They’ve got obese folks, really muscular guys, and thin ones all living together! As a result, we may apply the same principles to women.